The Hinton Community Centre, based on the Ross Road, Hereford has been home now, for some years, to boxing club initiatives and projects.

These projects  were started, initially, for youths, both male and female, aged between the ages of 7- 18. As the popularity of the projects grew, other sessions were arranged.

During school holidays, training camps  were arranged jointly with West Mercia Police to teach the basics of boxing, and also with an emphasis on important life skills and anti-drink/drug sessions.

In 2014, it was decided to constitute a new organisation known as South Wye Police Boxing Academy.

In September 2014 the Academy was delighted to be awarded a grant from the Police and Crime Commissioner for West Mercia. 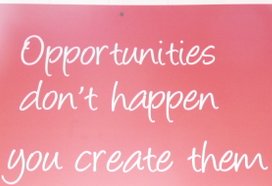 The Academy has close connections with the local Police team and organises sessions for schools and colleges teaching boxing skills and basing sessions around valuable life skills such as self-control, decision making and health issues generally.

The Academy seeks to occupy young people productively and to reduce local crime through the support and education of young people.

The youngsters are able to enjoy an hour of boxing training, every day, followed by a nutritous lunch prepared by professional catering staff.

The Academy has, for some years, arranged boxing shows on an annual basis with the proceeds from the shows in previous years benefiting charities such as Combat Stress, Riding for the Disabled, Firefighters Charity, ELY, Little Princess Trust and St Francis Xavier Church.