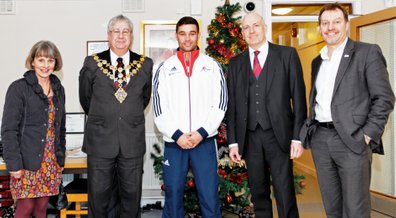 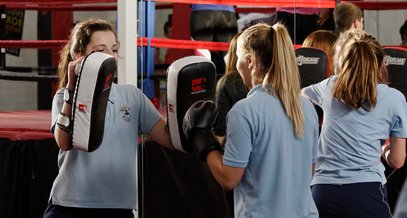 The Centre is operated by a charitable company, Hinton Community Association Limited which was incorporated in 2003 and which is operated by volunteer trustees. The aim of the charity is to provide facilities, and ancillary support, in the Centre for the benefit of Herefordians and organisations based in Herefordshire. The current Chair of the trustees is Councillor Jim Kenyon.

The Association has been greatly assisted in the past by Herefordshire Council which granted long leases to the Association in 2009 and 2016. The Centre was constructed in the 1960s but has benefited from considerable improvements in recent years which has enabled the Association to continue to provide a modern centre with first rate facilities for the Centre's users and the community.

Over the years the popularity of the Centre has grown and has been used by numerous groups and organisations ranging from sports clubs, Herefordshire & Ludlow College, Prince's Trust, Hereford Police Cadets and the NHS. It is estimated that there are over 1,000  Centre users every week.

The Association does not just, however, provide a centre for its members. Recognising that a number of organisations using the Centre are themselves charities, it also aims to provide support and advice through the personal involvement of the Association's trustees. In 2010 one organisation based in the Centre was awarded The Queen's Award for Voluntary Service. In 2015 a trustee, Vince McNally, was recognised for his work with the Association by being awarded a Dedicated Services Award by the West Mercia Police & Crime Commissioner. His work was further recognised in 2020 when he was awarded an MBE.